An East Harlem Scene from “The Godfather”: Sonny Corleone(James Caan) beats up his brother-in-law Carlo(Gianni Russo.)

The Godfather Movie:Click on this link to view YouTube video-  Sonny Corleone(James Caan) beats up his brother-in-law Carlo(Gianni Russo.)

In this scene from The Godfather, James Caan seeks revenge for the unmerciful beating of his pregnant sister, Connie Rizzi. He heads for East Harlem’s E. 118th Street, to brutally beat up his wife-beating brother-in-law Carlo Rizzi(played by Gianni Russo.)

Note of Trivia: Most of the principal photography took place from March 29, 1971 to August 6, 1971, although a scene with Pacino and Keaton was shot in the autumn. There were a total of 77 days of shooting, fewer than the 83 for which the production had budgeted. (https://en.wikipedia.org/wiki/The_Godfather#Production)

This particular scene was filmed in the summer of 1971.(My educated guess, based on the filming timeline, and the fact that the children are being soaked by the “johnny pump.”) 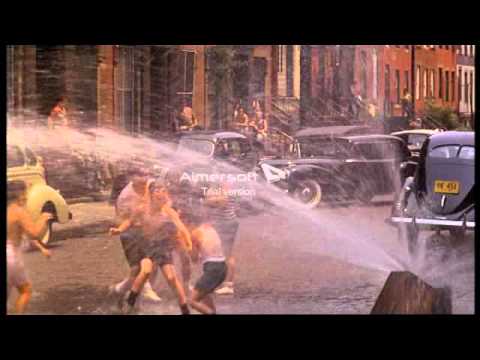 7 Comments on “An East Harlem Scene from “The Godfather”: Sonny Corleone(James Caan) beats up his brother-in-law Carlo(Gianni Russo.)”